At the Disco is truly an amazing act to see. This is my second time seeing Panic!, and it didn't fail to impress each time. 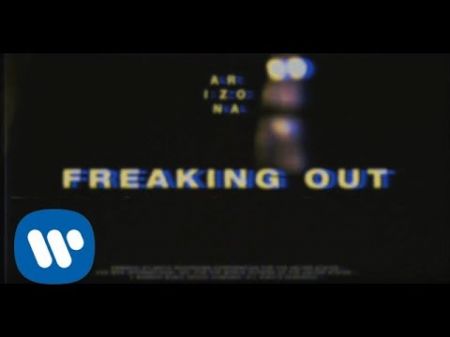 The concert started with the opening acts 'Magic Man', and 'Walk the Moon'. Magic Man was a wonderful surprise, as it seems they aren't too known. Listen to the song 'Paris' and you will see what I am talking about. Walk the Moon, a much more well known act took the stage after. They even premiered a few songs off their new album. Walk the Moon's lead singer Nicholas Petricca is a very entertaining front man, and comes off as very likable. As for Walk the Moon, hearing 'Tightrope' and 'I Can Lift a Car' was awesome, but nothing could compare to their big hit 'Anna Sun'.

Panic At The Disco Concert Dates 2018

If you are an opening act and you can get everyone in the audience to know the words and sing along to a song, you are doing something right. Overall, I was impressed with both of the openers. Now on to the headliners Panic! At the Disco. You can say what you want about Panic!' S ever changing style of music throughout the years, but if one thing is for sure, they know how to perform. While I do say they, every Panic!

Panic At The Disco Tour Tickets

Fan has to admit that 'they' would be nothing without their lead singer (Brendon Urie). He doesn't talk too much between songs, but he really doesn't need to when he is running around the stage doing back flips. Their set list started out with the song 'Vegas Lights' which is about the city where they grew up. I have to say this is a genius song to start out with as it is so crowd oriented. With the lyrics going '5, 4, 3, 2, 1 more time', it is a perfect opportunity for everyone to put their hands in the air and count the numbers down with their fingers.

Not only that, Vegas Lights is just a great song to pump you up. The concert lasted about 90 minutes, and I have to say, they do an amazing job of packing 21 songs into a short amount of time. Their set list was mostly very rock oriented even though they have a whole album (Pretty. Odd.) that is very alternative. During their set list they even did a cover of the Queen song 'Bohemian Rhapsody', which I thought was amazing. Here you have a crowd of mostly teenagers singing along to a song from 1975, very cool to see.

Outside the venue the homophobic hate group called the Westboro Baptist Church was picketing. Had the genius idea to donate money to the Human Rights Campaign for every member of Westboro that showed up. Can this please become a standard thing? The group ended with their biggest hit 'I Write Sins Not Tragedies' where Urie did his second back flip of the night before ending the concert. I have to say that props go to the Panic! Fandom who have pretty much perfect call-to-call response times when there are lyrics intended for the audience to sing. Great concert, definitely want to go to many more Panic!

While E^ST's charismatic supporting set was a welcome contrast to the often-bland supporting acts one might usually find, every person in Hisense Arena was waiting with bated breath for Brendon Urie to appear on stage. When the artsy 10 minute countdown hit the big screen the atmosphere was almost unparalleled with anything I've ever witnessed. Unsurprisingly, Brendon made an extremely flamboyant entrance accompanied by apt silver streamers for (Fuck A) Silver Lining. From the first few seconds of the concert, Brendon's charm and incredible stage presence literally transfixed everyone in the audience. I personally forgot to sing until the second chorus as I was too busy taking in the fact that I was looking at one of my idols in the flesh!

Don't Threaten Me With A Good Time got everyone screaming and dancing - an atmosphere that wouldn't waver until Brendon left the stage at the end of the night. The set focused mainly on Pray for the Wicked and Death of a Bachelor but (thankfully) the arena was filled with hardcore fans like myself who not only screamed every word of Panic!' S new material, but belted out euphoric choruses for older hits like Nine in the Afternoon and Nicotine. Brendon's vocal range made it increasingly obvious that he doesn't need auto tune in the slightest, hitting all the high notes in Casual Affair and King of the Clouds perfectly. During Girls/Girls/Boys, the arena was bathed in multi-coloured light from the hearts handed around to every audience member which practically turned the arena into a huge pride flag which was a stunning touch. Brendon noted that it was the 'most flags [he'd] ever done' because he had three or four pride flags plus the Australian flag from the audience draped around himself during the song.