Non-rackable.Quite small but nothing is miniature.All full sized faders, etc. The connection types are all analog.1/4 instrument cable inputs/outputs. EQ is limited to basics but quite workable and impressive.Each input has a trim pot to adjust input.It's a nice sounding adjustment. There are also built-in FX that are pretty ok.If used sparingly, they are more than adequate.But if you want a wet reverb you might wanna look elsewhere,,,It can do it, just not as convincingly as I hoped. The build is sufficient but I wouldn't expect it to handle much rough treatment,,,It's not a delicate flower by any standard, just not 'built like a tank.' Whatever that means now anyway.

UTILIZATION Everything is accessible and easy to use. No problems hooking up and was using it 15 minutes after it arrived. Manual is good and there's a lot of info online via forums and reviews like these.

There is one sticky point I have.It uses a special power connection.That sucks as mine broke and I had to order a special power supply. SOUNDS No audible hiss unless you are using it improperly.The EQ is minimal but effective enough.It's not tweak able in any way but that's fine.It's meant to be a bare bones do it all mixer. The preamps are just fine for live use and home recording.I wouldn't expect to see them anywhere else aside from places of worship (God apparently LOVES Behringer as you see more of their stuff there than Guitar Center ) Anyway, I digress. To get right to the main point - Does this deliver the goods in a small package?

Yes, not my first choice for digital recording but more than fine for a small PA setup. This thing is everything you would hope and more - it's worth more than the asking price in my opinion.

OVERALL OPINION I like the small size and ease of use most. I dislike the special power supply and cheap build.

I like that it sounds as good as higher priced competitors just doesn't look or feel like them.If you close your eyes, most wouldn't hear a difference. I don't know.It doesn't color the tone of anything beyond adding FX (if desired) and EQ. I would buy it again and might just have to as I hear something rattling around the inside of mine. True.Still sounds and works fine so I am not sweating it. I own much better and higher end mixers but there's something really nice about gigging with a cheaper alternative.You can leave your good setup safely at home and use this Behringer gear for shows.Just treat it nicely and you'll have a long,loving relationship. All it says on the website or in other reviews UTILIZATION Simple, the manual is fairly brief, not much to say.

SOUNDS I just installed it, so. OVERALL OPINION WARNING!

I was previously a. Firewire is abandoned as the laptops, I went to the table and usb takes roughly the same characteristics. Resident evil 4 disc 2 gamecube. The USB interface HAS ONLY TWO ENTRIES! 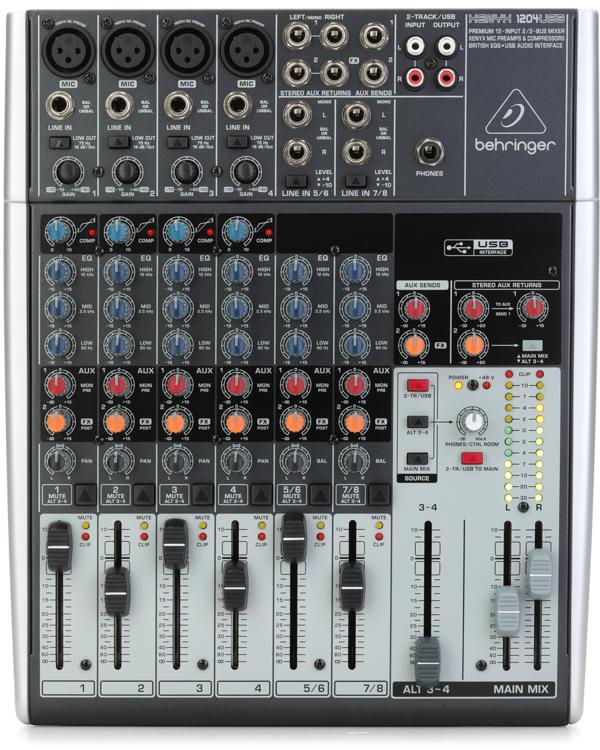 Ie it is impossible to record beyond the 2 tracks. I have a table with this basic use, ie connect the computer and any external devices. I do use it occasionally taken for its 'witness'. I suffirais therefore a stereo pair as I usually do but if I add an extra mic, it will not necessarily going back as recorded with the stereo.

Not a big handicap, but even a small disappointment qd. The MultiMix USB, for once, give this opportunity. Yes XLR jack UTILIZATION yes pa name of tourism SOUNDS yes yes name OVERALL OPINION I depuit the User 5 I am satisfied occurs + Jaimme his sound simplisite its use It is too small to me Genne lot from behringer it did q'il pa slice for his leaving the integrated sound card He did so general that the volume imposible to spend a singer with a plaibac this is my second table before a javait ibiza pa which is always of a referance rapord the price is very good quality with the experiance I remake this choice pa I will not take a table with a sound card itegre I would rather have a sound card out. Rack: Yes, parts supplied connectors: RCA (1 input / 1 outpout) Jack (4 outputs and 4 inputs + 2 stereo inputs with +) XLR (2 stereo outputs -1; 4 inputs) Non-parametric EQ 99 built-in effects Ouala USE config pretty simple - Standard Drinking manual but it is understood by fiddling SOUNDS Its very correct presence of a phantom power supply NOTICE GLOBAL I use it for more than 3 years: convenient for group play (rehearsal, live) and in the studio, I connect synths, keyboards, microphone, and branch. The main output to a stereo input (XLR) my Fast Track Ultra This is the first and only table that I owned Good quality / price ratio. Bin good for the characteristics I'm not going to give it here are arranged on the site Berhinger and all websites selling online.