OVERVIEW After reviewing specific nouns, students create a two-column list of nouns and ordinary verbs specific to a particular occupation. They then pair a specific noun from the first column with an occupation-related verb from the second column to create descriptive lines with vivid verbs being used in a different context. The trick lies in the fact that the verbs must be used in a new way, having nothing to do with the occupation. Often this approach to writing leads to a natural metaphorical passage as a result.

Students refine this writing strategy by rotating through computer stations, each housing a descriptive passage begun by other students, revising and suggesting improvements or just adding lines to the descriptive passages. This lesson plan was developed as part of a collaborative professional writing initiative sponsored by the at Kennesaw State University.

FROM THEORY TO PRACTICE Sandra Whitaker states that: 'William E. Nagy and Richard C. Anderson indicate that children must learn approximately three thousand to four thousand words each year just to access what the next grade has to offer (322). That seemingly impossible number comes within reach only when teachers employ a variety of highly effective strategies that deepen students' understanding of language structures, pique their interest in wordplay, and transfer words from receptive to productive vocabulary.' (45) In Image Grammar, Harry Noden suggests just such a strategy, used by poet Natalie Goldberg, in which students transplant ordinary verbs in one context into another totally different context. Both writers have found success with this technique in teaching students.

In particular, this writing technique appeals to the struggling writer who just cannot think of words that are vivid verbs. Further Reading Goldberg, Natalie. Writing Down the Bones. Boston, MA: Shambhala. Noden, Harry. 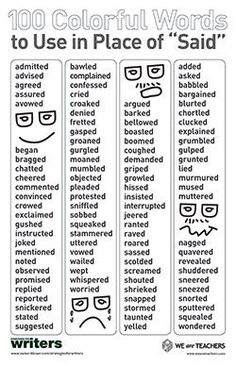 Whitaker, Sandra. 'Finding the Joy of Language in Authentic Wordplay.'